K. Gwen Frank graduated with honours from ACAD (Alberta College of Art and Design) in 1983 and continued her fine art education through the University of Calgary.  She holds a BFA in Printmaking from ACAD.  Since the early ‘80’s she has participated in over a hundred national and international juried exhibitions, and has had a number of solo exhibitions.

She participated in three artist-in-residence periods at Centrum Frans Masereel in Kasterlee, Belgium, and l’Association de la Cardabelle in Cruéjouls, Aveyron, France, and was invited to participate in Slovakia’s 1st International Printmaking Symposium and Exhibition in Bratislava.  She has given intaglio workshops and lectures at Wake Forest University, North Carolina, Hollins University, Virginia, at University of Waterloo, Ontario, and throughout Alberta.  She continues to work from her Calgary studio focusing on intaglio techniques, watercolour and drawing. 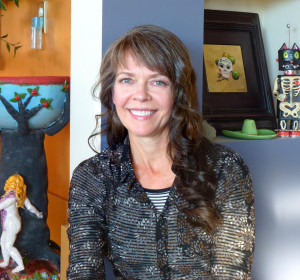 “My images are hand drawn & etched with resists & acid into copperplate, then inked & printed on a hand operated intaglio/etching press in my home studio.
“Through my work I try to elicit the sublime residing within the mundane, speaking to my innate passion for the Canadian prairies & the Rocky Mountain foothills — a land in whose language I think and dream.
“Drawing from events in my life, I juxtapose ordinary narrative elements to embrace mystery, and to reflect parallels, coincidence or happenstance that can illuminate an ordinary life, if there is such a thing.” 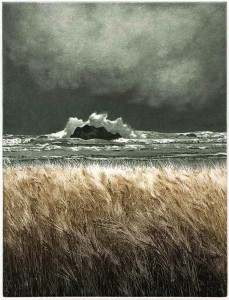 Richard Tetrault is a Vancouver based painter, printhhmaker, muralist and educator. His work has been shown in exhibitions in Mexico, the US, Cuba, Argentina, Canada, Europe, Africa and Asia, and is in private and public collections worldwide. 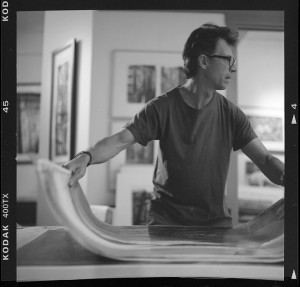 Tetrault studied at the Vancouver School of Art, the University of British Columbia, and the Arts Students’ League (New York). The impetus of the inner city and its sub-text of struggle and diversity have informed both his prints and his paintings. He has developed a distinct direction in printmaking practice, with a focus on large-scale woodcuts and mixed media prints. His paintings explore the inner city, urban mythologies and the contemporary industrial landscape.

In community public art, Tetrault is dedicated to murals as projects that reflect the spirit, strengths and concerns of a community. His collaborative murals are found on walls of schools, community centres, and public buildings locally and elsewhere. Through the Eye of the Raven (2010), the largest mural in Western Canada, Community Walls/Community Voices (2003), a two-block mosaic and concrete mural, and Walls of Change (1989), a six-month initiative in the Downtown Eastside of Vancouver, are a few of these projects. Most recently, he coordinated Radius, (2013), a mural based on the intersection of three culturally distinct groups in this area of the city: Chinese, Japanese and Aboriginal.

The books Painted Lives and Shifting Landscapes (2003) and Signs of the Times (2005), both Anvil Press publications, profile his paintings, prints and collaborations. Tetrault received the City of Vancouver Mayor’s award (2008), and the Queen’s Diamond Jubillee medal (2013). 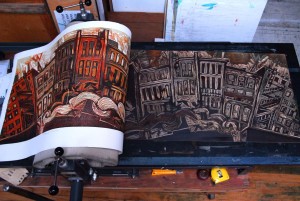 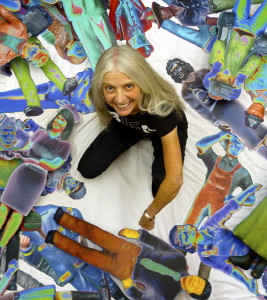