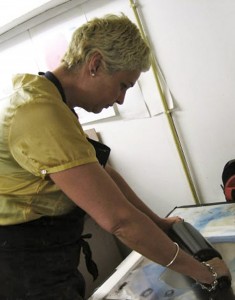 Marijke was involved with BIMPE right from the get-go. New Leaf Edition’s Peter Braune dreamt up an international miniature print exhibition and then left suddenly for a job in New York, leaving Marijke and I not only to run his print shop, but to organize the show with Debra Yelva. The first BIMPE was a small affair and a huge learning curve. Two years later we organized BIMPE II, gaining a ton of experience and laughing a lot along the way. I remember us picking up Yoko Kawazoe, the first place prize winner for BIMPE II, at the airport in Marijke’s tiny Toyota Tercel and hoping she didn’t think we were too much of a mickey mouse operation.

Incredibly generous with her time and skill, Marijke continued to volunteer her administrative abilities to the organization of BIMPE over the years – which of course just kept on growing. She was calm and capable, and could always be relied upon to find the humour in any situation. She is sorely missed. 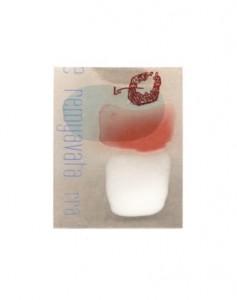 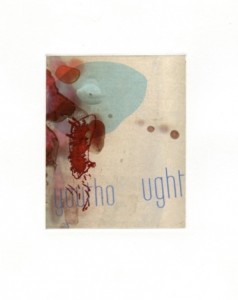 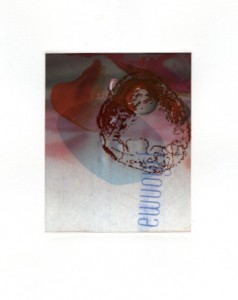