Jennifer Page
Jennifer Page received her BFA in printmaking from East Carolina University in Greenville NC and has been running Cape Fear Press since 2001. As a print artist dedicated to non toxic technical innovations in the field of photo etching and photogravure, Jennifer formulated the Puretch Photopolymer etching process for high resolution photo etching on copper and other metals. Jennifer has developed several technical innovations to deal with the variables and common problems encountered with the elaborate process of gravure. Once the basic steps are mastered the etching process opens itself up to becoming a meditative and transmutative act, becoming equally creative as the image making itself.
Jennifer has exhibited her etchings along the east coast including New York City and internationally in invitational print exhibitions in Portugal, Australia and Latvia. Cape Fear Press offers workshops in photogravure and photo etching, and hosts a large scale steamroller relief printmaking event each spring, the Big Print Block Party, in her hometown of Carolina Beach, NC.
www.capefearpress.com 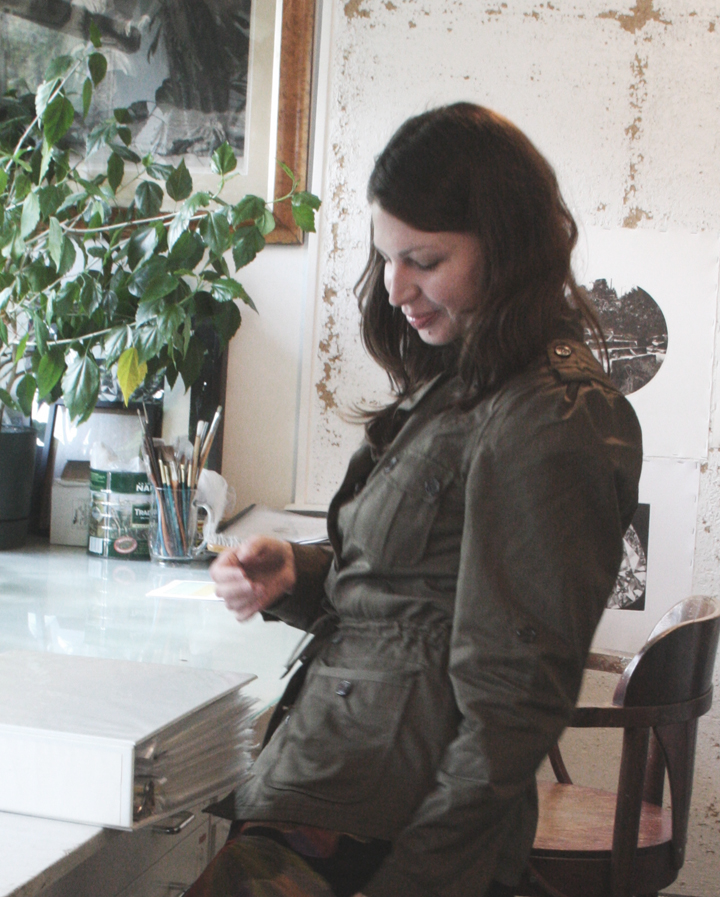 The Executive Director of The Society of Northern Alberta Print-Artists Gallery, Anna graduated form the University of Alberta with a Bachelor of Fine Arts in 2005 and was the artist in residence at Malaspina Printmakers in 2009. Anna’s upcoming exhibition at the Steppes Gallery in Edmonton will be held in June of 2012.